The information in this blogpost comes from Martin Lee, Alcoholism and the Endocannabinoid System.

Cannabis decreases damage to our bodies associated with ingesting alcohol.

1. Cannabis is a neuroprotectant: Cannabis minimizes cell death in the brain associated with overconsumption of alcohol.

In 2009, the journal Neurotoxicology and Teratologypresented clinical data indicating that compounds in marijuana helped to “protect the human brain against alcohol-induced damage.” This study, conducted at the University of California in San Diego, found that adolescents who smoke marijuana may be less susceptible to brain damage from binge drinking.

Five years earlier, researchers at the National Institute of Mental Health demonstrated that cannabidiol (CBD), a significant nonpsychoactive component of marijuana, functioned as an “in vivo neuroprotectant... in preventing binge ethanol-induced brain injury.” CBD reduced alcohol-induced cell death in the hippocampus and the etorhinal cortex of the brain in a dose-dependent manner by 60 percent.

Miscellaneous Information about Cannabis and Sleep

See this outstanding podcast on cannabis in nursing homes from The Brave New Weed: https://www.bravenewweed.com/all-episodes/ep54
The relevant discussion starts at about 22:20. Issues discussed include:

Review: “The Medical Cannabis Primer”- The Guide We All Need to Read.

A Cannabis In Real Life Review by Dan Larkin

Getting clear, concise, and easy to understand information about cannabis is tough. There are lots of resources but which ones can you trust? How can you be sure the information isn’t biased? How are you supposed to even understand all the terminology and science? Is it even legal?

All of this becomes doubly important if you’re researching medical cannabis as an alternative to conventional treatments or pharmaceuticals. You or someone you love may have recently been diagnosed with...

Cannabis Is Reaching its Me Too Moment

I was just listening to the Brave New Weed podcast discussion (Episode 51) about the wrangling going on in New York regarding cannabis legalization. Two different threads in the discussion peaked my interest. One thread discussed the idea that many people in New York – especially in upstate counties – are against legalization of cannabis; this is the Just Say No To Drugs contingent. Politicians will be reluctant to legalize cannabis, if they think this contingent is large enough, and if politicians will lose their vote by voting for legalization. Another thread discussed how big cannabis companies in New York submitted a proposal containing a clause that outlawed homegrown cannabis. This was a clear power-grab by established cannabis companies.

As I listened to the discussion, and these two threads in particular, it occurred to me that cannabis is reaching its Me Too moment.

Before the Me Too Movement had gained momentum, there had always been grassroots movements against sexual harassment. I consider the issue of sexual harassment to be a component of the fight for equality, which has been brewing probably since Adam and Eve left the Garden of Eden. Yet, even with the presence of grassroots movements, companies had always gained more by paying off accusers – even if it meant a bit of bad press – than by firing powerful people in the company for engaging in harassment. The fact was the negative costs to companies of any social condemnation paled in comparison to the benefits of retaining valuable employees.

Cannabis: A Penicillin for the 21st Century

Research Team Lead at CannaLytica, Jon Calder, recently reviewed The Medical Cannabis Primer. The reivew is available on both LinkedIn.com and Medium.com. This one is much more sophisticated than previous reviews. Thank you, Mr. Calder, for taking the time to dig in deep.

There are three different forms of medical cannabis currently available in select regions:

I was honored to have been interviewed for the Periodic Effects Business & Science Podcast, hosted by Wayne Schwind:

How is science different from technology? And why are these merging around cannabis to usher in the new frontier? Our guest is Ruth Fisher, Ph.D., Author of “The Medical Cannabis Primer” and Co-Founder of Cann Dynamics. We discuss the potential futures of cannabis and what it will take for the adoption and use of cannabis to move into the mainstream.

Wayne indicated his biggest takeaway from the discussion was:

There are multiple consumer and operator segments in the cannabis industry like recreational, medical, legacy, doctors/ family practitioners and pharmaceutical. They are all talking about cannabis from a different perspective. Will they all eventually meet on common ground? Or will these segments continue to diverge? It seems like mainstream adoption will require a common ground. We discuss the hurdles and bottlenecks preventing cannabis from mass adoption.

Join Dr. Fisher for another podcast on Periodic Effects.

Some Fun #s - cannabinoids enhance communication between your 86 billion neurons, each of which connects to 5,000 to 200,000 other neurons and sends signals 5-50 times per second… wrap your neurons around that :)

We had RuthFisher, Ph.D. back on to discuss her recent article “Understanding Cannabis’s Entourage Effect”. We cover how cannabinoids work as neurotransmitters and the mechanisms of certain terpenes working with cannabinoids to produce specific effects.

There are many different methods used to process cannabis and obtain its active ingredients. As far as cannabis users are concerned, the primary difference between the various processes is: which components from the original plant remain in the final extract?

"The book is only 10 chapters and about 144 pages, but it was chocked full of interesting information.

"I thought that this book would be filled with the same information that I already know...I do feel that Ruth touched all of the major points and she even brought up a couple of points that I had not considered before.

"I think that this book is great for people who are curious about using cannabis medically and it’s also a great refresher for the medical cannabis professional."

The Mysteries of Cannabis Honey

The cannabis world is all a buzz about cannabis honey. The talk is not about taking honey and infusing it with cannabis, but rather feeding cannabis to bees and having the bees incorporate cannabis into the honey they make. It’s bee-made cannabis honey, not man-made.

The reason for the buzz is that bee-made cannabis honey has a much faster onset – “five to ten minutes compared with thirty to ninety” – together with “100 times the efficacy of cannabis-infused [i.e., man-made] honey.”[1] So it’s not the honey that’s making the cannabis more bioavailable; it’s something else.

What, exactly, are bees doing to the cannabis to make it so much more accommodating for medical cannabis use?!

What Can Nevada Extract from Cannabis?

Dr. Fisher will be participating in a panel discussion in September 2019, being held in Las Vegas, Nevada. Cannabis became legalized for recreational use in Nevada on January 1, 2017, after having been legalized for medical use since 2000. The discussion is titled, “What Can Nevada Extract from Cannabis?” The panel brings together a collection of political, business, health, and other experts to discuss what Nevada might expect in terms of entrepreneurship, tax revenues, pain relief, and recreational use. In addition to Dr. Fisher, the panel includes the following experts:

Dr. Mowgli Holmes, co-founder and CEO of Phylos Bioscience. He was a founding board member of the Open Cannabis Project, and is Chair of the Oregon State Cannabis Research Task Force.

Chris Giunchigliani,former state Assemblywoman and past president of the Clark County and Nevada state education associations. Sheis a member of the Nevada Marijuana Advisory Panel.

Brandon Weigand, Chief Compliance Officer for The Source Dispensaries. He is responsible for improving the efficiency of operations, and for regulatory compliance.

Moreover, this [Epidiolex] is a purified form of CBD. It’s being delivered to patients in a reliable dosage form and through a reproducible route of delivery to ensure that patients derive the anticipated benefits. This is how sound medical science is advanced.

This statement by FDA Commissioner Scott Gottlieb helps illuminate why government – as well as many in the healthcare industry – are so averse to cannabis in flower or other whole plant form: Whole plant cannabis is simply not a form of medication that reflects “sound medical science,” that is, it is not a purified form that can be reliably dosed.

The idea that active ingredients in medication should be isolated and purified is not a new concept. The idea dates back to ancient times, to the Greek physician Galen (c. 130–c. 200 AD). Yet, it wasn’t until the 1800s that active compounds were actually first isolated. The ability to isolate and purify individual compounds radically changed how plants were used in medicine. Henceforth the healthcare industry insisted on the exclusive use of isolated and purified compounds in healthcare – rather than whole plant medicines – for three reasons:[2]

Why Cannabis Education Is So Important

Suppose you woke up one morning, and when you opened your eyes, this is what you saw: 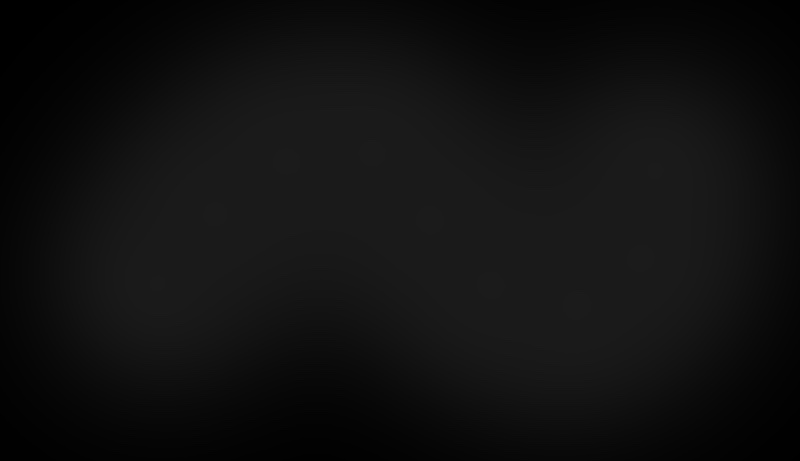 Suppose you then went to, say, CVS, pulled a pair of glasses off the rack, put them on, and this is what you saw: 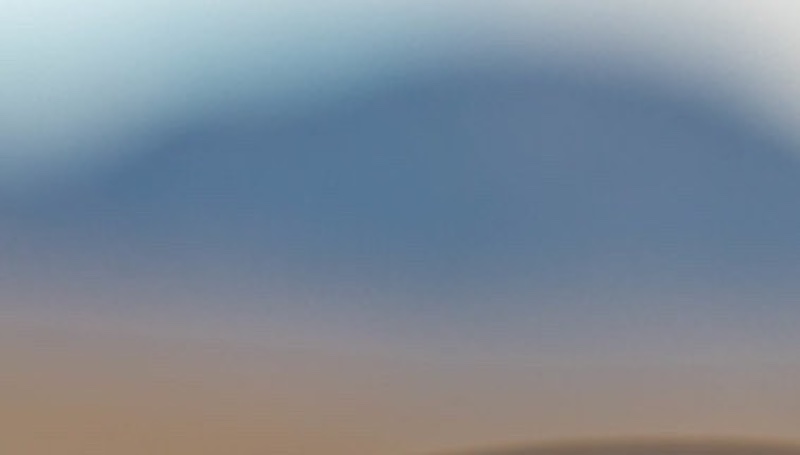 Why Most Doctors Are Reluctant to Recommend Medical Cannabis

My brother has multiple sclerosis (MS). MS is a degenerative disease affecting the brain and spinal cord; it generally causes problems with vision, balance, and muscle control.